The source of Mohkien's words mostly comes from Medan Hokkien, and a few come from Taiwanese Hokkien. This characteristic makes Mohkien an a posteriori language*.

Mohkien's sentence structure follows that of Indonesian, Medan Hokkien, and Chinese, which is SOV but the position of Adverb of Time is placed either at the beginning of the sentence or after the Subject, like that in Chinese. 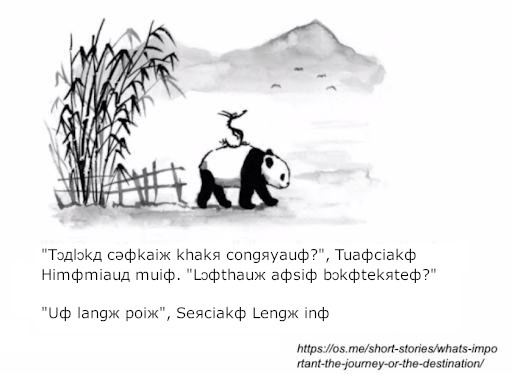